Reasons to invest in Darlington 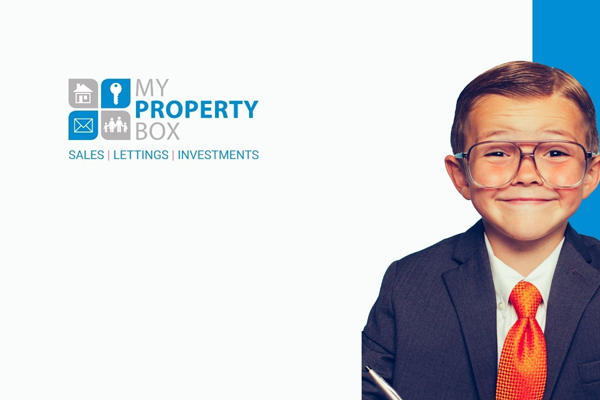 1. It's one of the best places to live in the UK

The largest town in County Durham, Darlington is located just twenty miles south of Durham itself, with a population of just over 100,000. It is part of the Tees Valley Combined Authority, which also includes Hartlepool, Middlesbrough, Redcar and Cleveland, and Stockton-on-Tees

From its early market town roots, it became a significant Victorian centre of railway manufacture; the landmark clock tower, which has sister bells to London’s Big Ben, and the town’s Grade II listed civic buildings all date from this period, and the town’s role in the birth of the railway is celebrated in the Head of Steam museum. More recently, Darlington has seen a surge in regeneration, including the well-received Pedestrian Heart project, under which the majority of the town centre was pedestrianised with a full refurbishment of the area.

Darlington was voted as the 7th best place to live in the UK in a 2015 Uswitch survey, in part due to high employment rates and low house prices. In 2021, it was the first town in the North East to be awarded the prestigious Purple Flag, indicating a safe, welcoming and diverse night-time economy. There’s a vibrant grassroots cultural scene as well, with the annual Arts Festival and a wide-ranging programme of music events. For theatre-lovers, the Darlington Hippodrome hosts year-round shows whilst the Majestic is known as ‘the little theatre with big ideas’.

2. It's a growing town with a buzz about its future

Darlington may no longer be building railway stock, but regeneration and levelling up strategies mean employment prospects in the town are thriving. Major employers such as the Student Loans Company and EE have been joined by retail giant Amazon, whose first fulfilment centre in the North East will bring 1,000 new jobs to the area. The new Treasury Office in the North of England is to be established in Darlington, opening up 1500 civil service positions across six government departments.

The number of high-tech firms operating in the town is the reason international telecommunications company BT Group have identified Darlington as economically important enough to be included in their BT Infinity superfast broadband rollout, with the installation of underground fibre-optic cables. The nearby Teeside Freeport is expected to create more than 18,000 new highly skilled jobs and bring billions to the local economy.

Following a decade of investment, the North East is widely seen as the next area to experience a property rental boom. Darlington is at the apex of this wave, showing the highest demand for rental properties in the Teesdale Valley area, at 52%. The increased move to working from home has fuelled a population shift away from London and other major cities, whilst business relocation and development in the area is also increasing the need for rental property.

With house prices currently well below the national average and many to be had below the stamp duty threshold, increased demand is pushing up both house prices and rental opportunities in the area. A 2019 report from investment portal One & Only Pro identified Darlington as the UK’s top investment area, with Diamond Buy-to-Let opportunities making up 22% of the available market. The ‘diamond’ categorisation - denoting the highest likelihood of increase in value - is given when the area scores ten via an algorithm using key factors, data and metrics.

Demand for rental properties is high in the area, and the upcoming relocation of the Treasury campus to Darlington will lead to additional interest. It is expected that civil servants will both move to the town to settle, and look for accommodation as a more temporary working week base. Local recruits will also be in the market for housing. There will also be a ripple effect from both the Treasury move, and the new Amazon Fulfilment Centre and the Freeport, in terms of hospitality, construction and retail. This will further boost job opportunities and, in turn, rental demand.

The burgeoning opportunities for employment in the area will be attracting both young single people, couples and families, so demand will be across all forms of property, from flats to detached family homes. And there are also students: Teeside University, based in nearby Middlesbrough, has a Darlington campus, and the university overall has 25,000 students. The town is also within easy reach of both Durham and Newcastle, making it an affordable option for students at both cities’ universities.

4. Property values are affordable but set to grow

Over the past year, the average price of a house in the Darlington postcode area was £171k, compared to the average property price across England and Wales of £343k. Newly built properties, with numbers rising due to demand in the area, averaged £234k.

According to Rightmove, prices are still rising, up 1% on the previous year and 5% up from 2019. Savill’s mainstream residential forecast for the next five years predicts the North East as a whole to show some of the highest percentage increases in value, at 17.6% compared to an expected 10.4% in the South East, 5.6% in London, and 13.1% averaged over the whole country. As one of the most affordable places to buy in the North East and with an increasing number of businesses moving to the area, Darlington is well placed to deliver on property investment results.

Track Capital’s 2022 Buy-to-Let Yield Map rates the average rental yield for Darlington postcodes at 6.4%, compared to an average national yield of 3.63%. With an expected influx of contractors and workers due to current and planned investment, plus the increase in population due to the new Treasury campus and the Amazon presence, growth in the Darlington area is expected to be long term with the number of available properties lagging behind demand.

The average rental price in Darlington is £624pcm, showing an overall increase of 10.6% in the past 12 months and 9.3% over the last five years.

6. Living there means being away from the city but well-connected to the wider world

Working from home is the driving force behind many of the moves being made to locations such as Darlington. Escaping the city is one thing, but having access to the rest of the country is still important. Darlington is just five miles from Teeside International Airport, offering connections to both domestic and European destinations. The town is also within easy reach of Newcastle International Airport, the largest airport in the North East.

The town sits on the East Coast Main Line between London and Edinburgh, with the journey taking around 2.5 hours to reach King’s Cross, and 2 hours to Edinburgh Waverley. Newcastle is half an hour on the same line, and Durham just 15 minutes. Darlington is the mainline interchange for Middlesbrough, and also serves the Tees Valley line for local journeys.

By road, Darlington is well-connected to the A1(M), the North East’s major trunk road. As a Sustainable Travel Demonstration Town, it has a network of bike routes for sustainable travel

Popular areas in and around Darlington

Local opinion places Hummersknott, Cockerton, College and West Park at the top of a poll of best places to live in Darlington. Hummersknott is on the western edge of the town, with a mix of housing which includes modern and Victorian homes, and Edwardian villas. Hummersknott Academy is rated ‘good’ by Ofsted and is well-thought-of in the area. Cockerton is near the hospital - another large local employer - as is another popular choice, Mowden.

The Denes is the place to find affordable terraces whereas, a little further out, West End is both popular and at the higher end of house prices. Haughton and Eastbourne, both out towards the east, have the attraction of proximity to the Amazon Fulfilment Centre, and are also on the right side of town for the proposed Freeport sites. The many smaller villages around the outskirts, such as Hurworth and Sadberge, remain popular.

Darlington’s buoyant business environment, with more investment expected as the area continues to thrive, has led to a surge in house building. Eight new developments are ongoing, from the luxury specifications of The Willows in West End to eco-friendly modular houses as part of the Central Park regeneration project to the family-friendly homes in the West Park Garden Village development.